Russian 6 is designed as a continuation of Russian 5 and promotes pronunciation and grammar, as well as the development of listening, speaking, reading, and writing skills. Students will be exposed to aspects of Russian culture and literature via written texts, interviews, and short stories by the greatest Russian writers. Students will read and translate texts on a variety of topics, learn the vocabulary they need to talk about life in the city, read newspaper reports, learn more about Russian superstitions and customs.
Prerequisite:
• Russian 005 or Language Placement Exam
Textbooks:
• A Course Reader

RUS 120: Topics in Russian Culture (Humor and Comedy in Russian Culture) - See flyer below
Instructor: Prof. Jenny Kaminer
Russian culture is more than grim, snowy landscapes and old bearded men pondering philosophical questions! This course will introduce students to some of the greatest—and funniest—works of Russian humor and comedy from the 19th-century to the present day. We will read works by classic authors such as Nikolai Gogol and Anton Chekhov, as well as by well-known Soviet satirists such as Mikhail Zoshchenko and Mikhail Bulgakov. We will view several films from the Soviet period, including a musical comedy from the 1930s—Joseph Stalin’s favorite film!
Throughout the quarter, we will attempt to define the salient characteristics of “Russian humor,” and to reflect upon what these characteristics reveal about Russian culture as a whole. And we will laugh early and often!
Taught in English, no knowledge of Russian required
Required texts:
-Mikhail Bulgakov, A Heart of a Dog
-Venedikt Erofeev, Moscow to the End of the Line
-A course reader
--

Prerequisite: Knowledge of Russian not required. 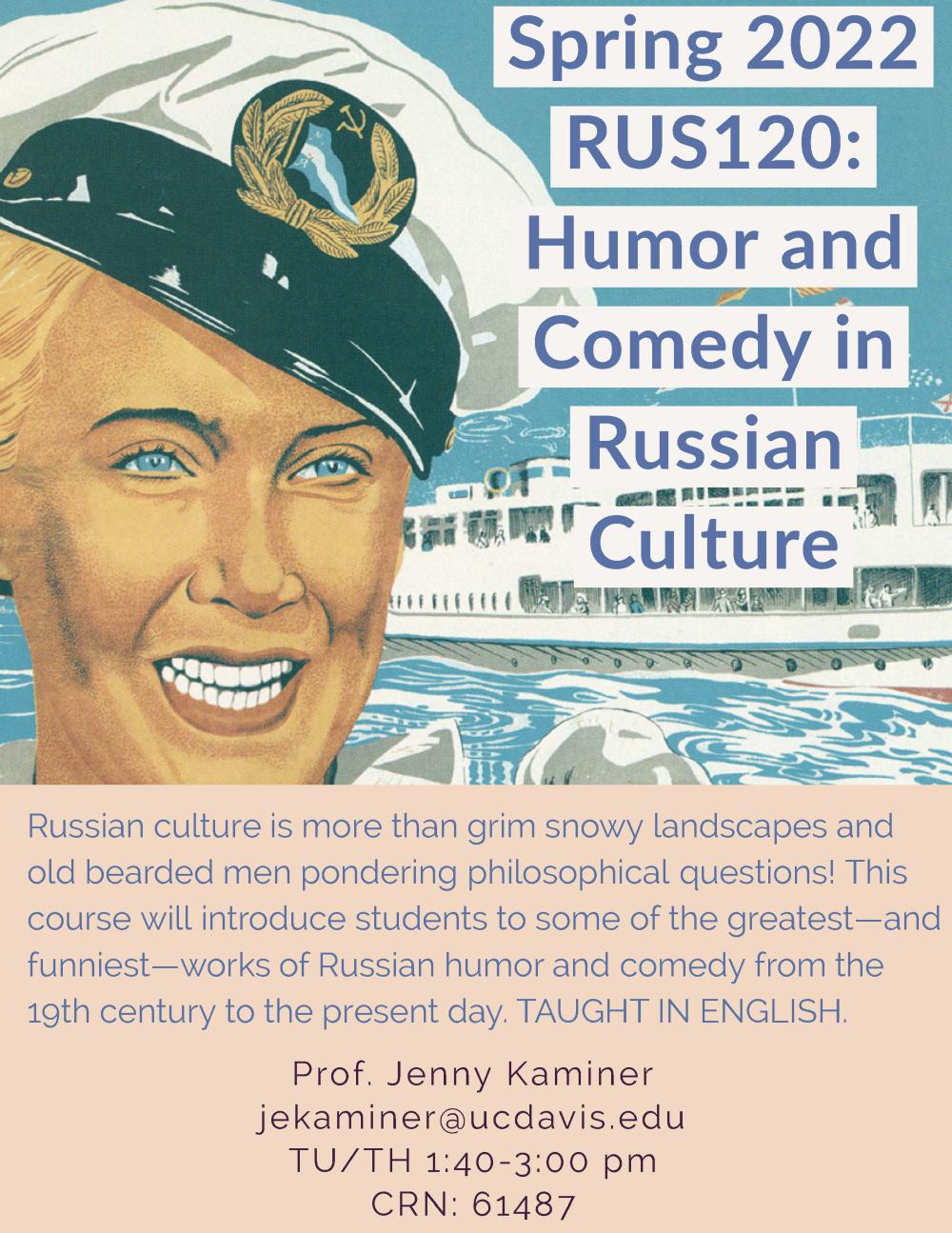 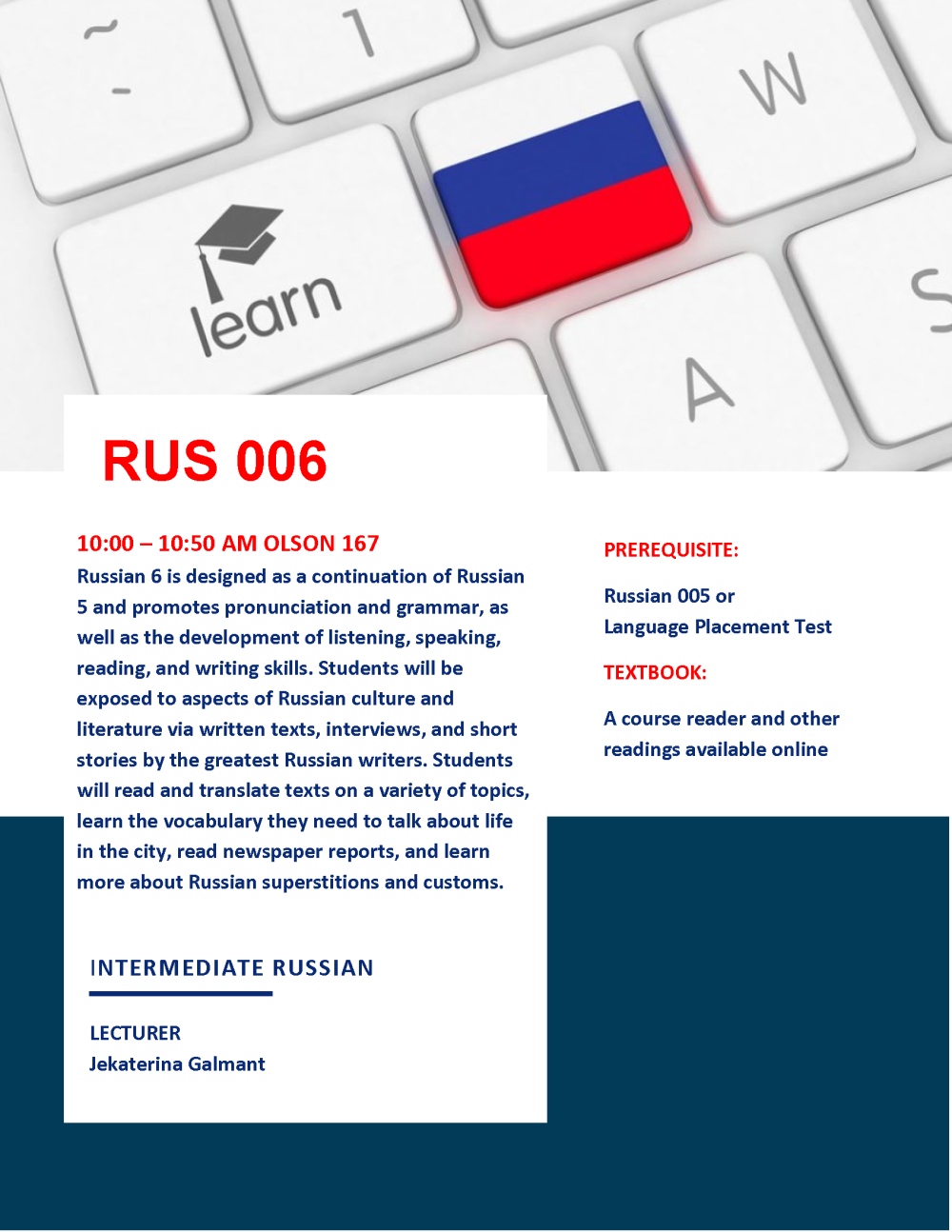